Are Parents Setting the Right Example for Teens About Distracted Driving? 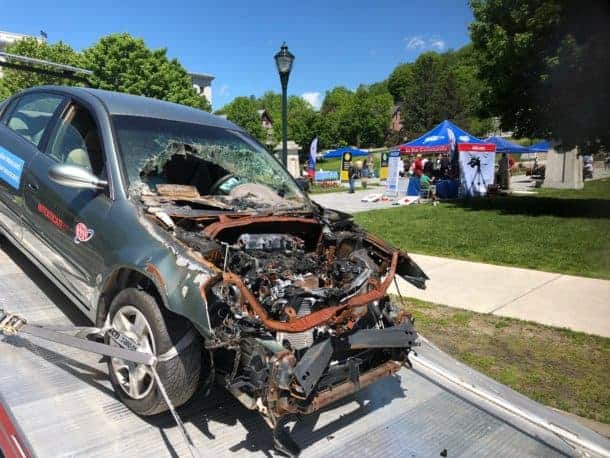 A recent article in VTDigger.org, a project of The Vermont Journalism Trust, reports that between 2012-2015, distracted driving accounted for 11 percent of fatal crashes in the state of Vermont.  AAA of Northern New England launched a campaign targeted at drivers who say they would never drive while intoxicated, but think it’s okay to use their phone while driving. According to the article, the campaign is focused on combating the idea that only young people are using their phones while behind the wheel. Most adults are just as likely to have a mobile phone in their hands.

“Parents don’t realize that they’re modeling behaviors that their children are going to copy,” said Sharon Huntley, one of the parent advocates of the campaign who lost her son, Spencer, when he died instantly swerving into an oncoming milk truck when he looked down at his phone while driving.

Huntley said her son would have been 25 years old this year. Though she said she’s made peace with what had happened, she hasn’t made peace with the distracted driving epidemic that she believes has continued.

“His former classmates are thriving in their jobs. They’re getting married, they’re having children of their own,” she said. “We’ve had to make peace with those things being over for Spencer, and for us. But what he can do is inspire us all to think about what we will do with our own phones, and what behaviors we will model for our children.”

Click here to read the full article on VTDigger.org