Retraining Wheels: Driving is the most deadly thing teenagers do, so why do they get such ineffective training? And so little of it?

A safety tactic many states have adopted is a graduated licensing program whereby teenagers are obligated to drive with their parents for an extended period before being granted an unrestricted license. Of course, this still does nothing to prepare a young driver for an instance in which a limit-handling maneuver could save lives. And who says that the parents are qualified to teach?

Rich Wojtczak believes there’s a better way. He’s proven it, in fact. After 30 years in the IT department at Ford, he and his wife, Maria, moved from Michigan to Arizona to enjoy their golden years. But soon after, a disturbing accident in which four teenagers were killed caught his attention, and he started to investigate new-driver training programs. Specifically, he was interested in finding out if computer simulators were being used anywhere to teach driving, thus removing the risks of first-time learning out on the road. He was appalled at the state ­regulations, which he found to be “totally inadequate,” and “don’t even require driving on a freeway before getting a license.” Discovering that simulator schools were rare, Rich and Maria started their own company in 2003, Driving MBA, in Scottsdale.

The company has since expanded to a second Phoenix-area location and now trains about 1000 students per year in a variety of programs, including classes for adults and seniors. The capstone of these is the Elite Driver Training Program, a 40-hour course that may be the most comprehensive teen training in the country. Typically spread out over the six months it takes to progress from a permit to an official license, the Elite program includes 18 hours on driving simulators, eight hours behind a real wheel, and one day of hands-on car-control and accident-avoidance training at nearby Bondurant racing school. In addition, it includes training for parents in order to help them understand how to best interact with and positively influence their new driver, plus a two-hour session that teaches students such basics as changing a tire and jump-starting a dead battery, which far too many young drivers cannot do. 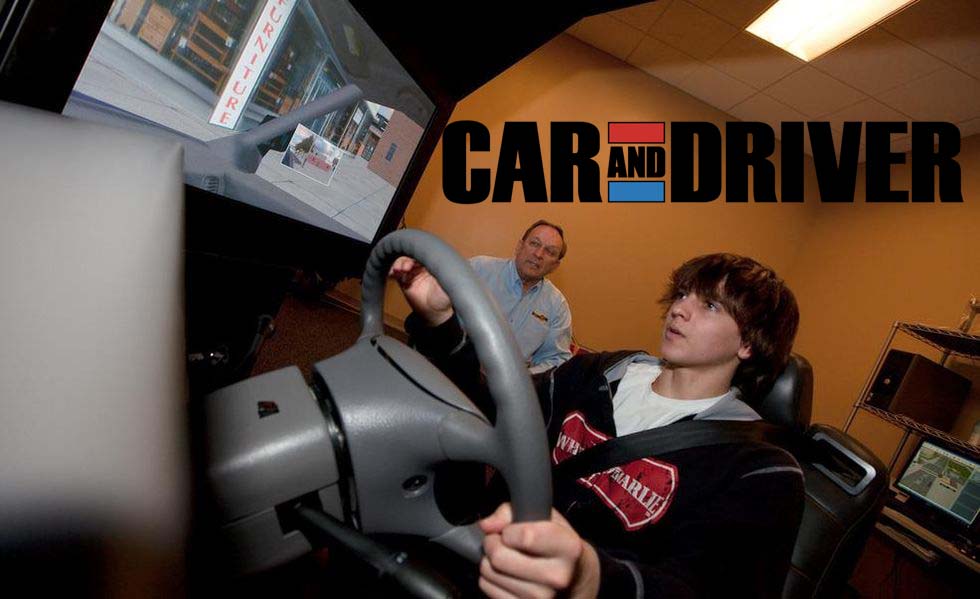