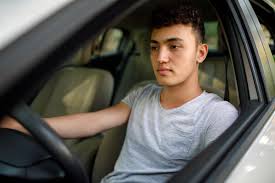 Attempts to figure out why teen drivers are involved in so many motor vehicle crashes – it’s the leading cause of injury and death among 16- to 19-year-olds in the United States – have typically focused on their driving skills and experience, but a new study suggests that some  areas of brain development may play a critical role in whether teens are more likely to crash.

Researchers found that teens who had slower development in working memory were more likely to report being in a crash, which indicates that cognitive development screening may be a new strategy for identifying and tailoring driving interventions for teens at high risk for crashes.

Those are the major findings of a new study published earlier this month in JAMA Network Open.

“There is considerable variation in working memory development during the teen years,” Daniel Romer, one of the researchers, said in a statement. “And some teens may not be as ready to drive on their own without additional assistance.”

Dr. Romer is research director at the Annenberg Public Policy Center of the University of Pennsylvania and a senior fellow the Center for Injury Research and Prevention at Children’s Hospital of Philadelphia.

The study was led by researchers at both institutions.

Working memory, which develops through adolescence into the twenties, is a process associated with complex, time-sensitive tasks essential to safe driving, like scanning, monitoring, and updating information about the vehicle and environment while also managing multiple sub-tasks, like adjusting speed and distractions, according to the report.

The combination of these functions can be particularly challenging for working memory, “especially when a young driver has not yet fully learned to automate many basic driving routines,” the researchers noted.

In the future, some form of standardized screening or assessment during adolescence could determine which teens have slower development of working memory, researchers said.

Those at an increased risk could receive guidance and interventions tailored to their needs, like different types of driver training, use of technologies like in-vehicle alert systems, or release from driving restrictions at different times based on their development.