Teenage Car Crashes on the Rise 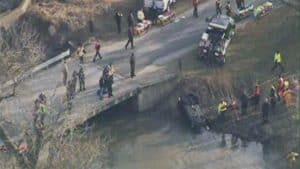 Recently 3 major car crashes were in the national news. Those crashes claimed the lives of 15 teenagers in Ohio, Illinois and Texas (read full story). Unfortunately, that is more of a common occurrence than we realize and those are just the ones that made national news. Recently the Governor’s Highway Safety Association (GHSA) reported that teenage driver fatalities were up from previous years (see GHSA stats). Until now, the numbers were beginning to trend downwards and many attributed it to Graduated Drivers License (GDL) Laws that were being enacted around the country. Why is it we can’t seem to effect real change when it comes to this problem?

There is an abundance of studies, articles, blogs, opinions and statistics on the topic from traffic safety advocates to national organizations such as the Center for Disease Control (CDC), National Highway Traffic Safety Association (NHTSA), Insurance Associations and Foundations, Children’s Hospitals, the list goes on and the information is in abundance. Unfortunately though, there doesn’t seem to be light at the end of the tunnel. In recent years the Graduated Driver License Laws (GDL) being enacted were the “cure” for the problem, but recent studies have indicated that the numbers are once again trending upwards and that GDL’s may have only delayed the problem. There is a trend of novice drivers waiting until they are 18 to get their license and in most states, once they reach the “ripe old age of 18” they are no longer bound by the GDL laws, meaning an 18 year old can walk into an MVD take a written test and proceed directly to the “skills” test and be issued a license without any practice period. If that 18 year old can pass the written test (a cursory knowledge of the Rules of the Road would accomplish this) and be able to move a vehicle and park it, they could potentially pass most MVD tests. Therein lies the problem. It is my firm belief that “a silver bullet” to fix this problem does not exist. It is a cultural and systemic problem that will require a change in attitude.

In the February newsletter I wrote an article titled: “What does Our Belief System Have to Do with Driving” and the answer is “everything.” Until we come to grips with the notion that driving is a significant life skill that cannot be taught on back roads and in less than 10 hours of instruction and/or practice, things won’t change. We have made it our life’s work to develop a comprehensive approach to driver education and training, and we also know that our training alone is not enough. We are most successful when parents work with us and put the necessary time and effort into preparing their teenager for the responsibility of driving. That means being in conversation about driving, not just about what they should and should not do behind the wheel of a car, but about the fact that with driving comes great responsibility. If parents don’t take the time to come to our Parent Class to learn about what to do to prepare their teen to drive, how to be a good practice coach and don’t put the necessary practice time in with their students, then we have limited ability to really help our students achieve success.

Systemic change means passing laws that will protect the public at large, utilizing technology to assist in the enforcement of laws when possible, establishing standards for training and testing to ensure that new drivers, no matter what their age, are ready for the responsibility of driving. Most importantly it will require a change in attitude and behavior. If we continue to believe that “it’s no big deal and driving is a rite of passage” then we will continue to see the carnage on our roadways. The parents of those 15 teenagers probably never thought it would happen to them, but it did. This problem continues to impact thousands of families year after year. Is that a risk you are willing to take or will you consider changing your attitude about driving and putting your young driver behind the wheel before they are really ready to take on that responsibility? Driving is skill and attitude, not just the ability to make a good right or left turn or maintain lane position. It is a mental process that requires good judgment and decision-making. Is your teen ready for those unexpected situations and are you ready for the consequences, if they’re not?