10 Reasons Teens Have So Much Anxiety Today 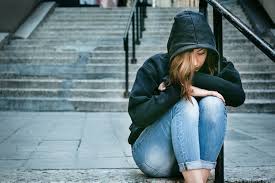 The New York Times recently published an article called, “Why Are More American Teenagers Than Ever Suffering From Severe Anxiety?” The author chronicled several teens’ battle with anxiety over the course of a few years.

The article questioned why we’re seeing such a rise in anxiety among today’s youth. As a psychotherapist, college lecturer, and author of 13 Things Mentally Strong Parents Don’t Do, Amy Morin, a licensed clinical social worker, psychotherapist, college psychology instructor and internationally recognized expert on mental strength, agrees that anxiety is a widespread issue among adolescents and the most common reason people of all ages seek her help.

According to Morin, many young people are overachieving perfectionists with a crippling fear of failure. Others worry so much about what their peers think of them that they’re unable to function.

Morin believes the rise in anxiety reflects several societal changes and cultural shifts we’ve seen over the past couple of decades and has identified 10 reasons teens suffer from anxiety:

Click here to read more of the original article in Psychology Today.

Student Drivers with ADD/ADHD are at Greater Risk